Posted on November 28, 2010 by horseideology

After 20 years of marriage you would think Hubby would be more comfortable with my schemes…. As we’ve worked through the details of the possible move of BG to NB’s, it became apparent last night that it simply won’t work. 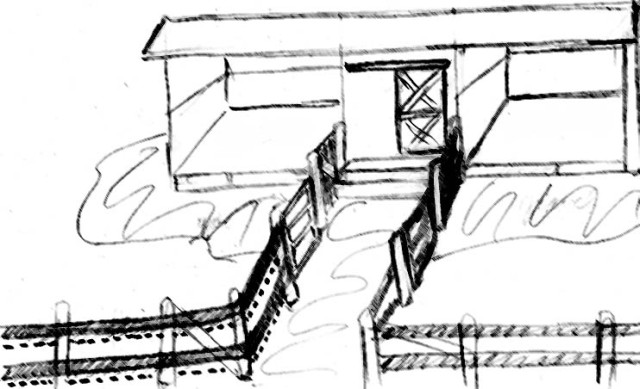 I spent a few hours calculating fence costs… with three different materials (avoiding smooth or barb wire) and the cheapest I could get it to come up too was $1200 for the south fence. The perimeter fence would need an additional $600 to get up too speed, and the loafing shed another $6-800 excluding the water and electric that the Barn Owner wants me too chip in on. As the tenant I was also to pay for annual fertilizing, mowing and brushhogging.

My investment was to be taken out with board, and the BO put his monthly board fee at $225 which was unreleastic considering I can get pasture board of a similar nature for $125 and at the most $175 (this is with me providing feed and hay and BO feeding twice a day).

The biggest issue though was the companion for Big Guy. I do not want to buy another horse, and the BO was wanting me to buy a horse that he could ride and his family had a say-so in choosing. That really hacked off hubby, while I remained more philosophical about it – people do a lot of talk and very little carry through.

The entire back and forth was starting to make me physically lose sleep and gave me some sort of mysterious attack in the middle of the night. I’m just not up to these types of power plays anymore.

I was letting the close in location seduce me too much. The cold, hard facts though of $3,000 investment was a good slap in the face.

Now it’s back to reality: 1.) I want my own place and we can’t sell our house right now; 2.) I could lease land but I don’t think I have enough funds to do the full lease; 3.) I want to be the only boarder, or if there are other boarders be in charge of who is there; and so I have posted a co-op seeking partner ad on CL, as well as a seeking pasture for rent — and have someone to call and view on the later today.

Ideal situation: has enough shelter even if it needs to be improved for all horses (up to 4); could move my pony and board 2-3 other ponies in a herd group; has water and electric; has place to store hay; has enough pasture to last the entire summer; and owner on property.