After doing a natural trim for years (Pete Ramey) we have not seen improvement in Dancer (aka Pandora’s) hooves like we wanted. The right foreleg is the most unsound due to laminitis and has a “slipper toe” but when trimmed back at the toe, it just left her lame and sore.

After reading up about hoof casts I agree that the long toe in the front (on the right foreleg) was a crutch her hoof and leg was using to try to keep her hoof “together.” We tried hoof casts on the front (the back are doing nicely) and took off about 16 days later because she grows an amazing amount of hoof in a short time.

Here is her left foreleg which is the better of the two front feet. On the before you can see the hoof wall and laminar wedge and how it was trimmed back in the after trim. We do not aggressively trim the sole – we let nature decide when that is going to shed. Heels are leveled to the frog and the nice thing here is the wide heel bulbs. 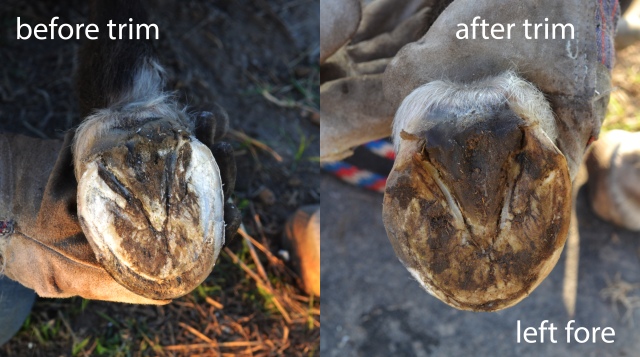 Right hoof has a much bigger issue but these photos don’t show how bad it really is. I should have taken a side shot but Dancer was getting agitated about the entire process. Whenever we cut back this toe she became really sore (sometimes for an entire week) and pretty much dead lame for days. Pete Ramey recommends boots but since this is a mini hoof we went with a casting to provide support while the hoof grows and hopefully remodels.

A side view of this right forefoot after it was trimmed so unfortunately doesn’t show the “before” slipper toe. 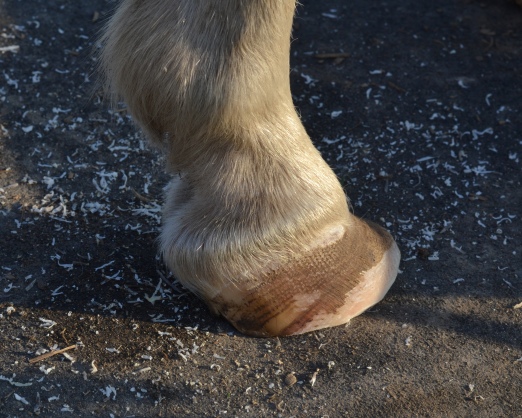 The first time we did hoof castings we used Equicast, this time we used Orthotape. The second product is cheaper and comes in a smaller width size, making it easier to wrap such as small hoof. The first product is wetted before you wrap; the second material you wrap and then you wet. Both gives you little time to work with before it hardens and I recommend you wear some sort of disposable glove with both as they have glue which can get sticky on your hands.

What we’ve learned: her hoof is so small so you have to be careful that the wrap doesn’t come up too high and that it doesn’t cover the hair, sole and frog. Grenwinae used bandage scissors to trim off the material so the sole and frog would remain exposed, allowing us to clean it whenever we want. 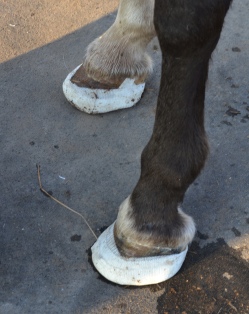 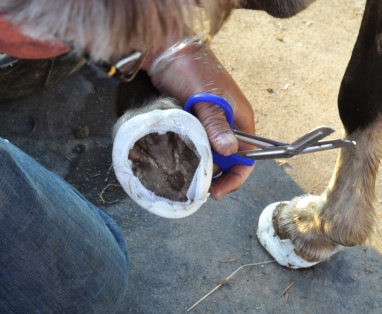 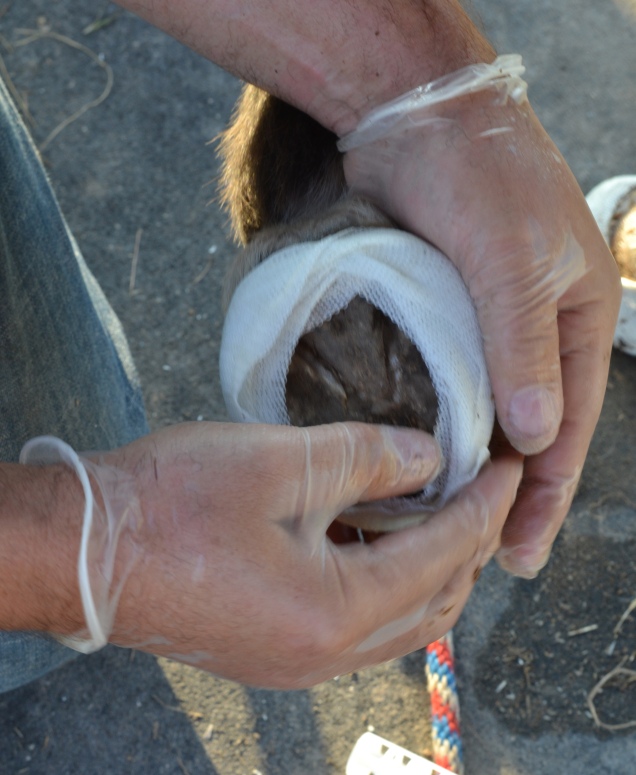 It will probably take many more sessions and months before we see the amount of progress we really need.

ETA: while she was a little tender on the front right, she was more sound then I’ve ever seen her after we cut back this amount of toe.