Dante’s hooves get a cast wrap

Dante has rather flat, pancake feet. While this apparently is found in draft horses, his overall appearance and the size of his hooves are not particularly draft (remember he is a Morgan x Frisian).

The flatness of his sole does concern me as it means he may be having too much concussion on the flat soles (this was an issue with Z and it turned out the years of concussion had formed ski tips on the coffin bone, all of this resulted in lameness when in work). 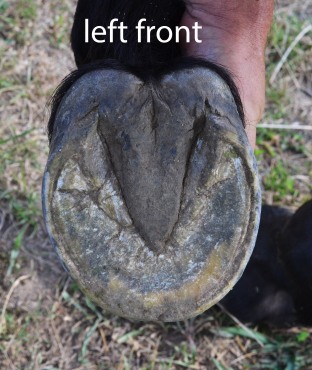 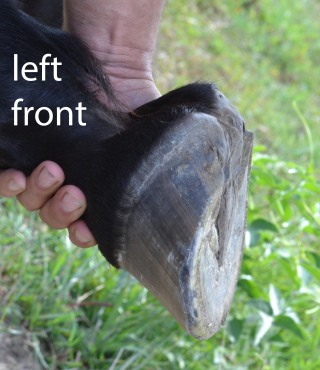 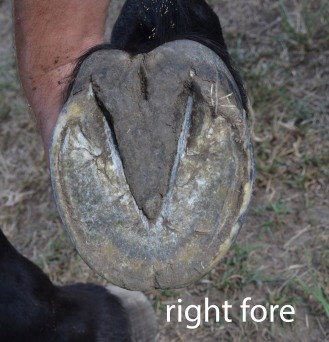 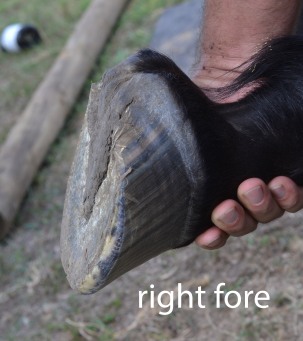 This shows you how the horse is working and bearing weight – what do you think is happening from this evidence? To me it appears the right fore is not bearing as much weight or is not carrying weight as evenly as the left fore.

Interestingly, when we started out the back hooves were almost worse in terms of flatness! But after two trims and supplementation (especially the California Trace for Copper and Zinc),  they have already improved. They are actually growing and shedding more then the front feet! 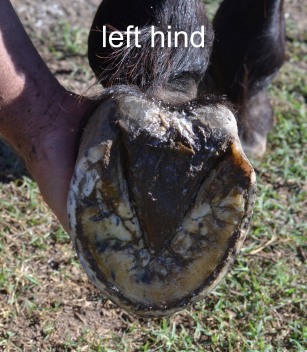 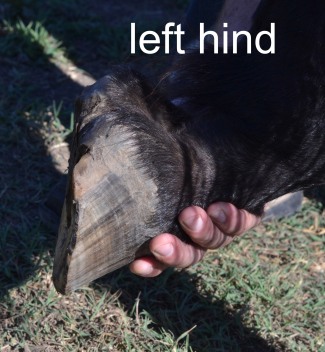 Horses work their legs in diagonal pairs (i.e. lameness showing in the right fore could be connected to the left hind) so Dante’s right fore (which has the oval and more narrow heels) is paired with this left hind which shows a flare (marked with the red arrow). 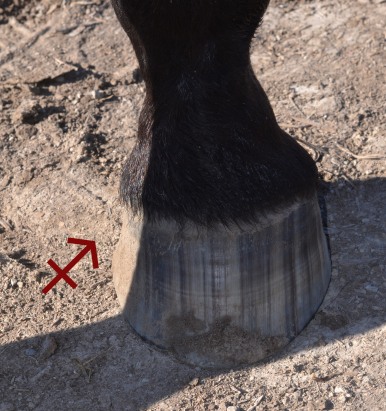 The right hind had lost frog due to thrush. 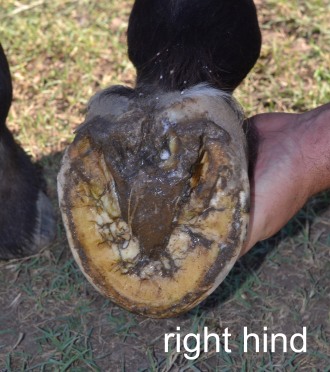 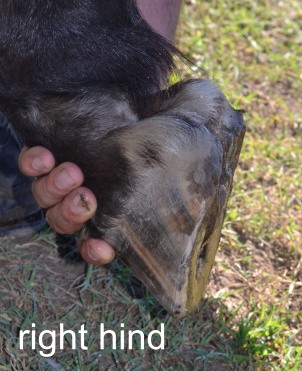 So after doing a lot of research about this, I’ve decided to put his front feet in hoof casts like we did Dancer. For Dancer, hoof casts give her laminitic feet relief while the tissue rebuilds inside-out. For Dante, hoof casts will provide his sole some relief, and encourage shedding sole while improving concavity. They will stay on for about 3-4 weeks before being removed. 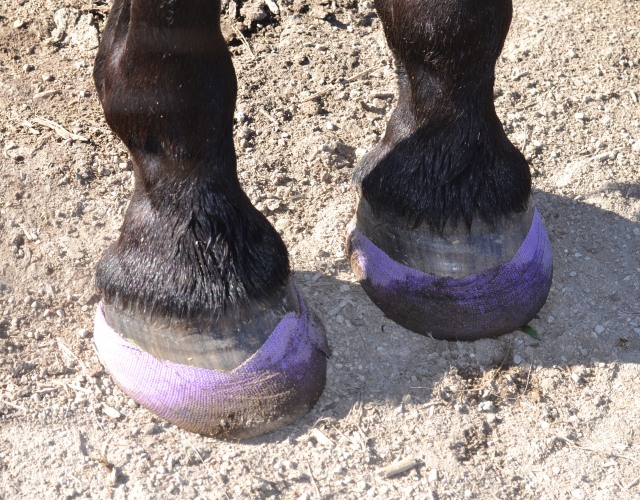